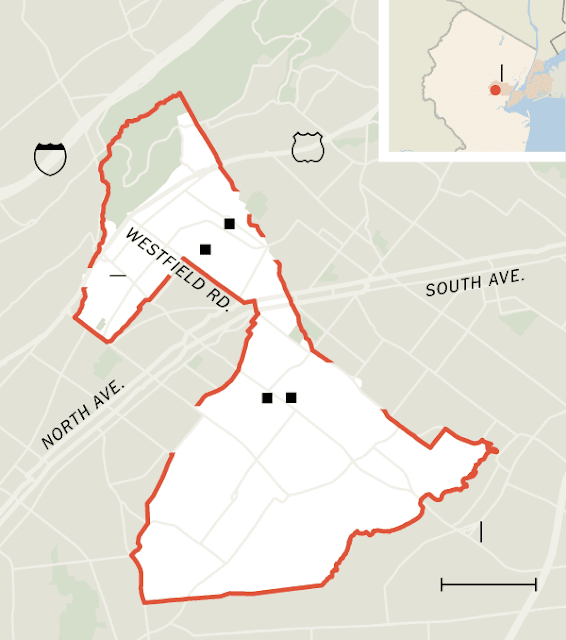 The area known as Scotch Plains was first settled by Europeans, including many Scottish Quakers as early as 1684.[18] It later served as a stop on the stage coach line between New York and Philadelphia. The Ash Swamp in Scotch Plains was the scene of a key action in the Battle of Short Hills, on June 26, 1777, which included skirmishes as Washington’s forces moved along Rahway Road in Scotch Plains toward the Watchung Mountains. An ancient house in Scotch Plains recalls those skirmishes and, with the acreage adjoining the house, presents a vista of that decade, the 1770s. This is the home of Aunt Betty Frazee, whose retort to Lord Cornwallis led the British to find their bread from friendlier bakers in the same battle. The farmstead of Betty and Gershom Frazee is being restored by local organizations.

Scotch Plains was home to the Shady Rest Country Club, the nation’s first African-American country club, and its pro, John Shippen, the first American golf professional, who led the 1892 U.S. Open in the final round before finishing fifth. The Shady Rest clubhouse hosted Cab Calloway and other greats as a local center for African-American culture in the 1920s and 1930s. It is preserved today as the Scotch Hills Municipal course.

As your Scotch Plains/Fanwood, Summit/New Providence /Millburn/Short Hills/Essex/Union County New Jersey listing agent I am well versed on as your local expert in all things in the Maplewood and South Orange area Real Estate Market. You can expect personalized service that includes a detailed consultation on how to best position your Mid-Town Direct home to be competitive in today’s market with training to provide my clients with an in-depth Advanced Comparative Market analysis, and advice on staging. As my office’s technology officer as well as both a Zillow Platinum Premier and Trulia Premier agent, I use the latest and most up-to-date marketing methods to get your home in front of as many buyers as possible. Being your New Jersey Real Estate Agent and Realtor ® not only involves just finding the home or selling the home, but being your guide, negotiator, advisor and advocate and making sure that your needs and goals are met. Being your New Jersey Essex/Union County area Realtor® (with a little bit of Morris County thrown in for good measure) is one of my truest passions, and “Helping You Find Your Dream Home” is my number one priority.

There are currently no listings in Scotch Plains Township,Fanwood Borough but please check out these great listings: