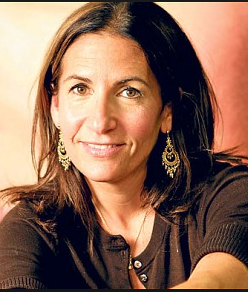 Montclair’s make-up mogul is now a hall of famer.

Other inductees with Essex County ties include perennial nominee U.S. President Grover Cleveland, who was born in Caldwell and is the only president to be born in the state, comedian Joe Piscopo who was raised in North Caldwell and the late Whitney Houston, who started out singing in her church choir in Newark.

The inductees were announced by Aldrin who was part of the inaugural 2008 class.

The full list of New Jerseyans who will be inducted at a ceremony at the Izod Center planned for Oct. 21 are: 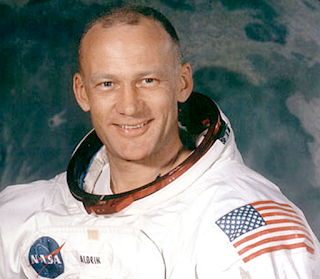 Dressed in a gold blazer and space-themed tie, Buzz Aldrin was handed the first-ever key to Montclair in the lobby of Montclair High School Sunday morning.

Aldrin told those gathered how the Class of 1947 valedictorian inscribed his yearbook with a message which foreshadowed his future. Under the words “rockets to the moon,” he told Aldrin, “I’ll build them, you fly them.”

Twenty-two years later on July 20, 1969, Aldrin would become an American hero, joining Neil Armstrong on the first moon walk as part of the Apollo 11 mission.

Montclair at the time honored its native son with a parade along Bloomfield Avenue; a monument to “Montclair’s Man on the Moon” was also installed in 1969 in front of his family’s Princeton Place home.

Selling a Maplewood/South Orange/Millburn/Short Hills area home involves many steps and having an experienced Maplewood New Jersey Real Estate Agent and Realtor®, specializing in the Bedroom Communities of New York City in Essex/Union County— Millburn, Short Hills, Montclair, West Orange, South Orange, Livingston, Maplewood, Springfield, Summit, Madison, Chatham, Scotch Plains, Fanwood, Cranford and Westfield–by your side will make the transaction run a lot smoother. I would love to be your Maplewood/South Orange New Jersey Area Real Estate Professional! I assist both buyers and sellers in the Bedroom Communities of New York City, mostly served by NJ Transit’s Mid-Town Direct Train Lines, offering commutes of 45minute or less to NY Penn Station, with either the purchase and or sale of residential real estate.
As an Accredited Buyer’s Agent (ABR), I have received special training to guide and educate you through the entire home buying process. From start to finish, I listen to your needs and desires in what you would like and take the information you give me to find you home. My GO-TO team can provide you the best in Real Estate advice with regard to attorney choices, Home Inspectors and Mortgage Loan Officers
As your Maplewood/South Orange/Millburn/Short Hills/Essex/Union County New Jersey listing agent I am well versed on as your local expert in all things in the Maplewood and South Orange area Real Estate Market. You can expect personalized service that includes a detailed consultation on how to best position your Mid-Town Direct home to be competitive in today’s market with training to provide my clients with an in-depth Advanced Comparative Market analysis, and advice on staging. As my office’s technology officer as well as both a Zillow Platinum Premier and Trulia Premier agent, I use the latest and most up-to-date marketing methods to get your home in front of as many buyers as possible. Being your New Jersey Real Estate Agent and Realtor ® not only involves just finding the home or selling the home, but being your guide, negotiator, advisor and advocate and making sure that your needs and goals are met. Being your New Jersey Essex/Union County area Realtor® (with a little bit of Morris County thrown in for good measure) is one of my truest passions, and “Helping You Find Your Dream Home” is my number one priority.