In Market Reports, Some Affluent Towns Do Better Than Others

In Market Reports, Some Affluent Towns Do Better Than Others 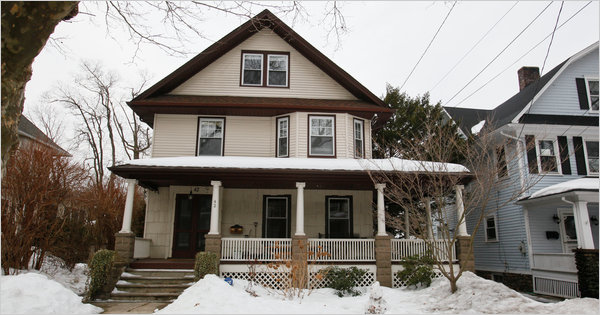 Ángel Franco/The New York Times
In Ridgewood, which outperformed Bergen County, a house on Ethelbert Place went for $710,000 in November.

AFFLUENT towns are different from other towns. Their citizens have more money, of course, and their homes have more value.
Enlarge This Image

A Tudor on Crest Road went for $4.11 million in December.

But some affluent towns are different from other affluent towns, in that their median home values rose significantly last year.
In the last quarter of 2010, the median sales price for the entire state rose by 1 percent from the year before, according to a new market report from the Otteau Valuation Group in New Brunswick. To this somewhat surprising news, the group’s president, Jeffrey G. Otteau, hastened to add that even that faint increase was unlikely to continue.
The rise after a long-term decline was most likely the result of a court-ordered moratorium on foreclosures at the end of the year, and will be reversed when the moratorium is lifted, which is expected to be soon, Mr. Otteau said.
Yet, throughout 2010 and much of 2009, there was a small group of communities that seemed impervious to the overall trend of declining prices — or else extremely resilient if dips occurred.
In the Bergen County village of Ridgewood, for instance, the median sales price (at which half the homes sold for more and half for less) rose 8.7 percent in the last quarter, versus the same period in 2009. The median price was $700,000, according to the latest statistics from Otteau. In 2009 it was $644,000.
A typical well-maintained colonial at 42 Ethelbert Place in Ridgewood sold in November for $710,000. That was well below the original asking price of $839,000 in May, but above the real estate Web site Zillow’s October estimate of its market value: $626,000. The house last sold in 2002, for $545,000.
The Zillow estimate for a Tudor mansion at 224 Crest Road was $3.5 million in early 2010, and rose to $3.85 million by December, when it sold for $4.11 million.
Ridgewood, an attractive community with a charming shopping area and a train station, seriously outperformed its home county last year. There was a 1 percent rise in median value in Bergen County, in line with the state at large.
The number of sales per month in Ridgewood decreased slightly year to year, as it did countywide and statewide. But comparatively speaking, far fewer houses sat on the market for a month or more in Ridgewood than in the county. And the county in turn had fewer than the state: 4.1 months’ worth of inventory on the market on average in Ridgewood, 9.4 in Bergen County, and 10.4 in New Jersey.
Why? Mr. Otteau said it was primarily because of Manhattan.
Like the handful of other communities that consistently deserve gold-star status for their market reports — including Short Hills in Essex County and Summit in Union — Ridgewood is “Manhattan-centric,” the analyst said. It has a train station with direct service to Manhattan, whose economy and housing market are picking up again.
“Federal stimulus funds are what’s driving the national economy right now,” Mr. Otteau said, “and much of the trillion dollars that was dropped out of the helicopter, in effect, by the feds in the form of grants, loans, discounts, bailouts — all of those — landed in New York City.”
Manhattan regained vigor as an employment center, while New Jersey continued a decade-long decline in the number of new jobs, he said. “This means Manhattan is becoming an increasingly potent force in the New Jersey market,” he added.
In Hudson County the situation is somewhat different, although certainly riverfront towns like Hoboken and Jersey City, which are connected to Midtown and Wall Street by the PATH train, fit anyone’s definition of Manhattan-centric.
In Hoboken, the median price was down by 3.2 percent, to $460,000, at year’s end, and in Jersey City it stayed flat, at $310,000, although over all, Hudson County saw a 1 percent increase in median home value.
There was “overbuilding” of condominiums in both cities during the boom years, as Mr. Otteau and public planning specialists from Rutgers University have pointed out. Hundreds of new units continued to flood the market even as demand dropped off during the recession and housing-credit crises.
In a long-established suburb like Summit, where single-family homes predominate, the total supply of houses changes little year to year, although the sales pace may fluctuate a lot. There were 274 houses sold in Summit last year, up from 221 in the lean real estate year of 2009.
And median home values increased by 6 percent, to $794,500 from $749,000.
In Union County the median price was down 2 percent, to $310,000.
In Millburn, which includes the exclusive Short Hills section, the median price rose 7.4 percent, to $999,000 from $930,098. The median price in Essex County was up as well, by 8 percent.
Last year the median sales price in economically diverse Essex, which includes Newark, the county seat, was $379,500, up from $350,000.