Black Film Festival 2014 at the Newark Museum: Call for Entries

Honoring the spirit of Paul Robeson, activist, performer and athlete,
the Paul Robeson Awards were established in 1985
by the Newark Black Film Festival,
as a biennial competition for aspiring filmmakers.

The next Paul Robeson Awards will be held in 2014.
Winners will be screened on Wednesday, July 30.

Honorable Mention
All Me: The Life and Times of Winfred Rembert
Filmmakers & Director: Vivian Ducat
Producers: Vivian Ducat and Mark Urman
2011, 78 minutes
With his intensely autobiographical paintings depicting the day-to-day existence of African-Americans in the segregated South, Winfred Rembert has preserved an important, if often disturbing, chapter of American history. His indelible images of toiling in the cotton fields, singing in church, dancing in juke joints, or working on a chain gang are especially powerful, not just because he lived every moment, but because he experienced so much of the injustice and bigotry they show as recently as the 1960s and ‘70s.

Winner
1st & 4EVER
Filmmaker, Producer & Director: Samein Priester
2011, 16:33 minutes
1st &4EVER is a personal film about becoming a man in the black community.

Honorable Mention
Missing
Filmmakers: Aarion Jackson and William Coldwell
Producer: Aarion Jackson
Director: Candace Kelly
2011, 26 minutes
This short documentary highlights the effects of what happens to a family when a father is physically absent from the home. Through the Kates family, we see the breakdown of families, especially in regards to the father-son relationship.

The Destiny of Lesser Animals
Filmmaker & Director: Deron Albright
Producers: Deron Albright, Yao Nunoo, Dede Maitre, Francis Gbormittah
2011, 89 minutes
A dream deferred… a future never dreamed of. The Destiny of Lesser Animals follows Ghanaian police inspector Boniface Koomsin as he embarks upon a crime-laden journey to recover the one thing that can help him realize his ultimate dream – to escape the ghosts of his past and return to America. Infusing the policier genre with West African cinematic traditions and a neo-realist emphasis on everyday life, the film becomes a story of one man’s journey to find his own purpose in the larger post-colonial context of Ghanaian independence.

Honorable Mention
Probable Cause
Filmmaker: Blue Lion Club
Producer: Nikki Simpson
Director: Tabari Sturdivant
2011, 88 minutes
Sometimes you have to look past the evidence to truly understand the crime. Probable Cause is the second feature film from Blue Lion Club Production. This time they take a gritty crime and explore the what, when, why and how of an inexplicable crime.

Winner
DAR HE: The Lynching of Emmett Till
Filmmaker/Director: Rob Underhill
2012, 70 minutes
One man performs 36 roles in telling the Emmett Till tragedy, which became a lightning rod for moral outrage and social change in the 1950s. 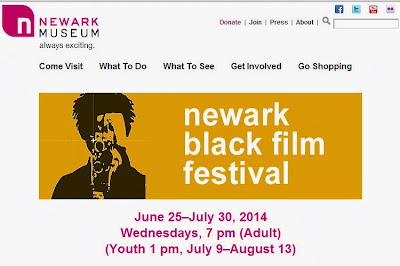 Selling a Maplewood/South Orange/Millburn/Short Hills area home involves many steps and having an experienced Maplewood New Jersey Real Estate Agent and Realtor®, specializing in the Bedroom Communities of New York City in Essex/Union County— Millburn, Short Hills, Montclair, West Orange, South Orange, Livingston, Maplewood, Springfield, Summit, Madison, Chatham, Scotch Plains, Fanwood, Cranford and Westfield–by your side will make the transaction run a lot smoother. I would love to be your Maplewood/South Orange New Jersey Area Real Estate Professional! I assist both buyers and sellers in the Bedroom Communities of New York City, mostly served by NJ Transit’s Mid-Town Direct Train Lines, offering commutes of 45minute or less to NY Penn Station, with either the purchase and or sale of residential real estate.
As an Accredited Buyer’s Agent (ABR), I have received special training to guide and educate you through the entire home buying process. From start to finish, I listen to your needs and desires in what you would like and take the information you give me to find you home. My GO-TO team can provide you the best in Real Estate advice with regard to attorney choices, Home Inspectors and Mortgage Loan Officers
As your Maplewood/South Orange/Millburn/Short Hills/Essex/Union County New Jersey listing agent I am well versed on as your local expert in all things in the Maplewood and South Orange area Real Estate Market. You can expect personalized service that includes a detailed consultation on how to best position your Mid-Town Direct home to be competitive in today’s market with training to provide my clients with an in-depth Advanced Comparative Market analysis, and advice on staging. As my office’s technology officer as well as both a Zillow Platinum Premier and Trulia Premier agent, I use the latest and most up-to-date marketing methods to get your home in front of as many buyers as possible. Being your New Jersey Real Estate Agent and Realtor ® not only involves just finding the home or selling the home, but being your guide, negotiator, advisor and advocate and making sure that your needs and goals are met. Being your New Jersey Essex/Union County area Realtor® (with a little bit of Morris County thrown in for good measure) is one of my truest passions, and “Helping You Find Your Dream Home” is my number one priority.

There are currently no listings in Montclair Township,Maplewood Township,South Orange Village Township but please check out these great listings: